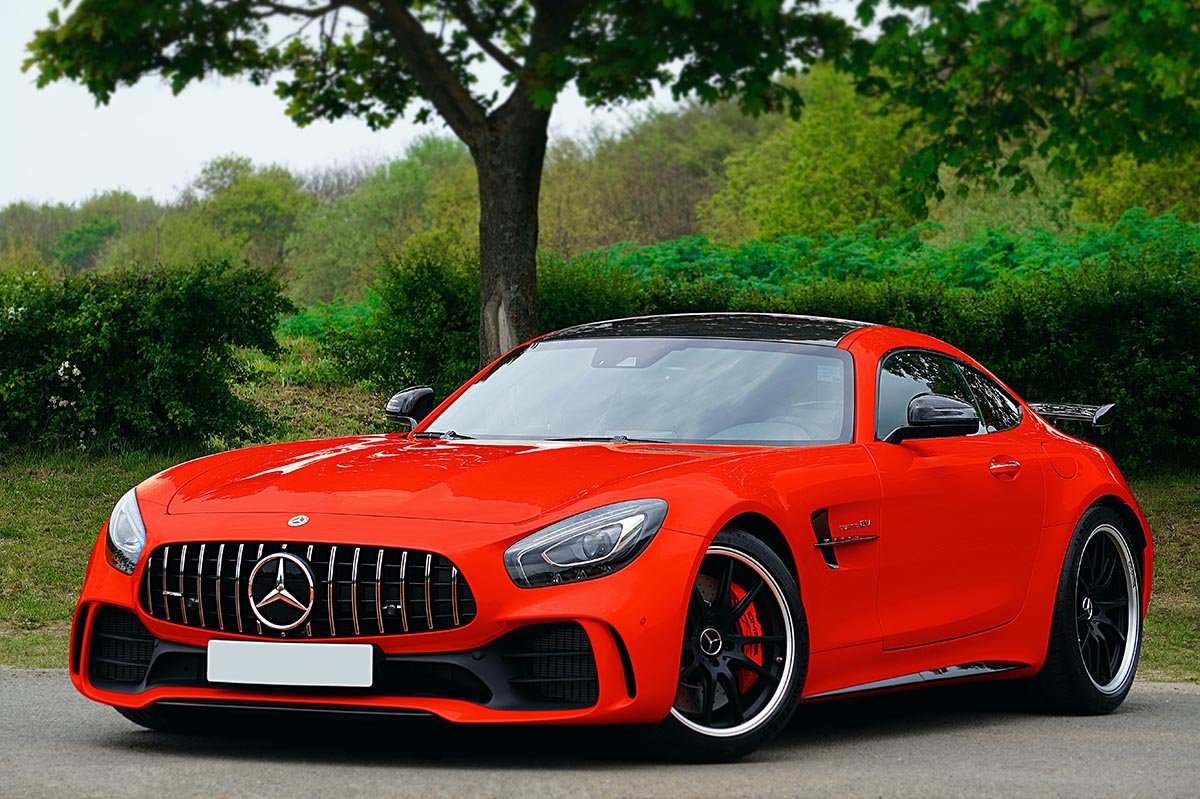 How to create the best car poster

Whether you are a fan of cars or not, whether you are looking to put it in a second-hand ad or if you are going to Cuba and you know that you will want to make some image of those walking relics, I am going to leave you some advice to make your car photos fantastic

Because, although it seems that these images do not give much play, the truth is that you can get great and impressive images, whether or not you are a lover of racing cars.

HOW TO PHOTOGRAPH THE PERFECT CAR TO SELL?

Since you may want to photograph a car for many reasons, let’s put ourselves in the situation that what you want is to sell it (literally or metaphorically), or at least that you want to photograph it in all its perfection, that what you are looking for is to enhance its beauty, its force, etc. Because if what you are looking for is to tell the story of rust, iron, abandonment and abandonment, some of these tips will not serve you.

Photographing a car is not always easy due to its large dimensions. That is why a favorable environment that makes it stand out above the background is important. It is not the same to take a few photos parked on your street among a few other cars, with some works next to it, the parking meter and people walking down the street, then to take your impeccable car and take it to a suggestive environment, where you can isolate it from so much element and make it stand out.

In the middle of a meadow, with a beach in the background, a forest, or even a smooth or cobblestone wall; according to your possibilities or the possibilities of your environment.

To do this, use a wide angle, especially if you are going to include more than one car in the frame.

It’s no secret what a good coat of cleaning and waxing can do to the look of a car. No matter how old or bland it may seem to you, the truth is that a car in perfect clean conditions increases its positive impression by a few points. So if what you want is to portray the wonders of your car, start by making sure that it is impeccable.

If it’s so clean and shiny that you could shave looking at its bodywork, then you may need a polarizing filter to remove glare and reflections.

Or, on the contrary, you can express your artistic vein by playing with the reflections of the sky in certain parts of the car.

Are you lucky enough to have several focal lengths, but don’t know where to start? Well, take advantage of the sensations that the different optics can transmit:

Wide Angle: It is the one that allows you to cover the largest portion of the environment. If the environment is worth it, this is the star lens for landscapes. Also, from a point of view close to the lens, it creates distortions that can be very interesting to enhance the lines or certain aspects of the car.

50mm: It is the one that most resembles the human eye. If you have the King of lenses, in addition to sharpness, you will have a great brightness and a versatile lens for all types of shots, from wide shots to interior or exterior details. 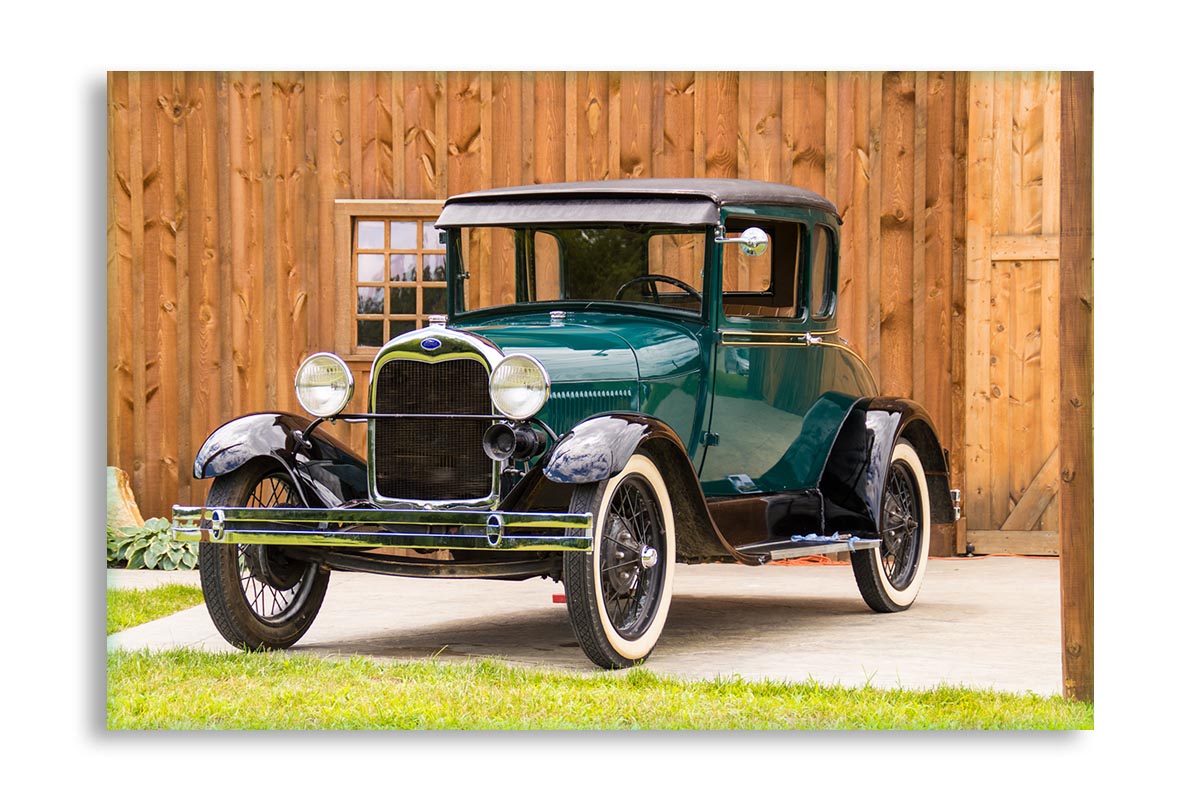 Telephoto: Its main characteristic is not only to bring us closer to the scene thanks to its wide focal length, but also to flatten the image and isolate it from the background due to its reduced depth of field.

Regardless of the focal length you have, if you want to avoid boring images, you will have to go beyond just view, point and shoot. Once you have a few good images with the general information of the car (front, rear and side), try to modify the point of view. Better from top to bottom (chopped), because from top to bottom it can have a somewhat strange effect, as if the car were a toy. But you will see how from the bottom up, from the bottom up, the perspective and the message you transmit change.

From a flat image you can create a strong, daring, and much more interesting image, simply by giving it another twist and trying new points of view.

Try to keep the ISO as low as possible, as this is how you will maintain greater sharpness and have better image quality. If necessary, use a tripod to be able to work with low ISO without causing image shake.

Remember the importance of opening the diaphragm when playing with depth of field. With more open diaphragms you will allow more light to enter, but you will work with reduced depths of field. On the contrary, the more you close the diaphragm, you will have less light but more depth of field (area in focus in the image).

As a general rule, and for the whole car to be in focus, you will probably need to close the diaphragm to an aperture of around f/8 or f/11. From there, do several tests depending on the type of image you want to achieve.

It is common when taking photos of cars, that the sky is part of the composition in most shots, especially if you have listened to me, and you have taken your car to a somewhat more flattering environment. If so, it is very likely that the contrast between the sky and your car is very high, and consequently you cannot expose well for the two lights. You have two ways to fix it:

With a neutral gradient filter. This filter, widely used in landscapes, reduces the entrance of light in one of its halves, compensating and equalizing the exposures of the illuminated areas and the darker areas (sky and ground)

Taking a minimum of three exposures of the scene; one by slightly underexposing the image, another with the normal measurement results, and another by overexposing. Obviously, a tripod is more than recommended, so that later you can merge the three images correctly using an editing program. This technique is what we call bracketing or bracketing.

DO NOT LEAVE THE DETAILS ASIDE

Give free rein to your creativity by photographing the different details of the car: the rims, the gearbox, the dashboard, the taillights… Play with the depth of field to highlight the center of interest by blurring the background (large apertures), etc. If the environment is pleasant, he plays to integrate it from the inside, through mirrors, windows, etc.

We have already commented that it is more than possible that you will not find the perfect environment when you get ready to take photos of cars. The best way to ensure good shots is to do your best on the spot. However, there are small touches that are often difficult to achieve without some processing. If you shoot in RAW, these small adjustments that your image may need, will allow you to preserve the maximum quality.

Allows you to modify the white balance as you wish

The images are saved in “raw” (RAW), and store all available information without processing, which means that all processing decisions are yours, but at the same time that the images weigh much more than other storage formats. Keep that in mind before you start shooting like crazy.

THE BEST MOMENTS OF THE DAY

Sunrises, sunsets, golden hours and blue hours will be great allies when it comes to enhancing the environment and taking advantage of the most favorable hours of the day. You can play with the exterior light, but also add the lights of the car itself. Give free rein to the imagination and take advantage of the best of both lights. In an urban environment, you can take advantage of streetlights, reflections, or play with booked… Even the night can bring you fascinating and unique images.

TAKE CARE OF THE COMPOSITION

Don’t just “push” the car into the frame haphazardly. Composition is always important. The law of the gaze or the rule of thirds can be useful to start with; a car is still an inanimate portrait, so you can apply the same rules as if it were a face.

How about? Have you ever considered taking a few good photos of your car? Did you want to sell it and didn’t know where to start? Do you just want to show off your new car or do you like car photos?

Whatever the reason for your interest in car photography, I hope this article has given you a few good tips to get you started. If so, please do us a favor and share it so that someone else can benefit from them. Thank you and see you next time.